My Lenten Challenge -- 6 Weeks to Enrichment

You have 6+ weeks of Lent, to work at accomplishing at least one, and maybe more, of the below "desired things to accomplish." Good Luck! 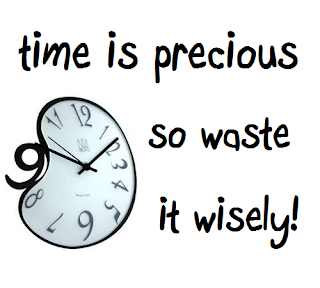 2. People I would visit, in person, or by letter, if there were more time...

4. I would make these things better about myself, if only I had more time...

5. I would volunteer to do this thing (or these things), if only I had more time...

I hope you take this time during Lent, to work on something that will enrich your life or the life of others. It always seems to take something big to make a change, or a trigger to make things happen. Let this Lent be your trigger! 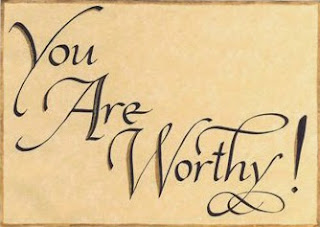 Posted by woundcarewisdom at 9:44 PM No comments:

TAKE A JOURNEY OF LOVE

Beginning on Ash Wednesday, or the first Sunday of Lent 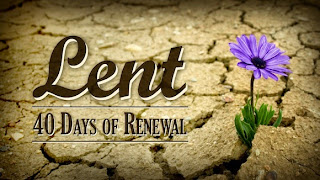 During this six weeks of Lent, try doing these little deeds for others and yourself. Each of these weeks must be done according to your own desires and situation. This is merely a guideline to remind you at this time, to remember others.

Week One: The Hand of Love
Write a letter each day to a friend, near or far away (not a relative). Tell someone how much you appreciate them.

Week Two: The Voice of Love
Telephone someone each day just to tell them you are thinking of them, to say hello, or I'm sorry, or thank you.

Week Three: The Deed of Love
Take something you have made or bought to two or three friends who mean much to you, but for whom you rarely express your love -- a pie, a plant, an apron, or some small remembrance that has your love as a wrapper.

Week Four: The Heart of Love
Make a list of at least 10 people for whom you will pray daily. Include your friends, your enemies, and those whom you dislike. Forgive them if they have wronged you, and ask forgiveness if you have wronged them.

Week Five: The Mind of Love
Use this week to pray for yourself and to look inward. Read the book of John again. Plan to go to church early on Palm Sunday to meditate in the sanctuary.

Week Six: The Victory of Love
This is the week of celebration. God's love for us is revealed in many ways. Get out of doors and breathe in the air of spring. Have friends in for dinner and games. Let your joy be full with life abundant in faith, hope and love.

I got this from my Mother right after I got married. I don't know whether she originated it or maybe copied it out of a magazine, so at this time...Author Unknown
Posted by woundcarewisdom at 1:40 PM No comments:

Though this posting contains facts and attachments to support these facts, please be advised that the final paragraphs are this authors opinion and commentary only, meant to initiate the conversation we all should be interested in having right about now.

When the National Pressure Ulcer Advisory Panel (NPUAP) collectively determined revised definitions of pressure ulcers in 2007 to include the new categories of Unstageable and Deep Tissue Injury (DTI), it wasn't long before the Centers for Medicare & Medicaid Services (CMS) followed suit with reimbursement regulations for Pressure Ulcers diagnosed after admit to the hospital. Ulcers that were Stage 3, Stage 4, or Unstageable, were designated as adverse, and classified as one of the 27 (at that time) "Never Events" -- events that are preventable and therefore should never happen after someone is admitted to a hospital facility.

The California Department of Public Health (CDPH) sent out a mandated reporting clarification letter in May of 2008, indicating per statute that "hospitals are mandated to report all Stage 3 and 4 pressure ulcers acquired after admission to the health facility..." The reporting of DTI pressure ulcers was left unclear, as it was not discussed in this letter.

Many wound care clinicians and experts were clear on one fact: the DTI pressure ulcer was a full thickness injury to the tissues, reaching degradation at the bone, muscle, or subcutaneous levels, without an opening at the surface of the skin. There was no clear directive to report DTIs acquired after admit though, so many went unreported.

The 2008 letter from CDPH addressed the Unstageable pressure ulcer by stating, "Unstageable ulcers are either Stage 3 or Stage 4 ulcers that cannot be definitively placed in either category because of the eschar that is obstructing the clear observation of the wound. Unstageable ulcers are not stage 2 or stage 1. Thus all unstageable ulcers are reportable by hospitals as adverse events if acquired after admission, excluding progression from Stage 2 to Stage 3 if Stage 2 was recognized and noted upon admission."

After many inquiries into the nature of the Deep Tissue Injury pressure ulcer, CDPH sent out another clarification letter to acute care facilities in February of 2010. The letter stated, "Based upon the NPUAP’s definition of a DTI, the tissue involvement of a DTI does not support a Stage 3 or 4 pressure ulcer. Thus, CDPH [Licensing & Certification] does not require the reporting of a DTI as an adverse event." Though they went on to state, "However, should the DTI progress to a Stage 3 or 4 ulcer after admission to the hospital, the hospital would then be required to report the ulcer as an adverse event..."

Only 2 days ago, on February 9, 2015, CDPH sent out another letter to the acute care facilities. In this letter, we come to learn that there is no longer a mandate to report Unstageable or DTI pressure ulcers as adverse events. In the letter it clearly states, "CDPH recommends the careful documentation of skin conditions and instances of suspected deep tissue injuries or unstageable/unclassified wound conditions in the patient’s medical record. If the unstageable ulcer or suspected deep tissue injury progresses and is classified as a Stage 3 or 4 pressure ulcer, it becomes an adverse event reportable to CDPH." So basically, find the DTI or Unstageable, document it clearly in the medical record, but don't worry about reporting it to any authority, because we don't really care about them, we only care about Stage 3 and Stage 4 ulcers.

Wow! I suppose this should be a celebration, a deep sigh of relief, and a "thank God" moment, but I am deeply disturbed to hear this, knowing what I do about the characteristics of DTI and Unstageable ulcers. These are full thickness assaults on the integrity of the skin and underlying tissues. If there is negligible care given that results in the formation of either of these conditions, apparently there is no longer accountability to the State. Ok I guess. Right? NO!! This is not right.

Hospital Administration is thrilled, Quality Assurance is relieved, and Risk Management is cautiously optimistic--as families may still pursue legal action for this, but hey! "the State is off our back now" right? Well, I hope that facilities strengthen their own internal reporting practices, to maintain some sort of care and practice standard. It must be understood that these ulcerations create potential for severe detriment to the patient, with risks that include scarring, pain, blood loss, infection, and even death due to sepsis from a wound infection.

Well, imagine this scenario: A male 48 year old patient is admitted for cardiac issues, and is now in the Intensive Care Unit. He slowly recovers and is transferred to a Step Down unit. Because this guy seems so much better, the staff doesn't worry about him as much, and they only peek in here and there but never really perform a full skin assessment. You know, they don't want to cause any possible embarrassment to him by asking to inspect his genital or buttock areas...that's a good excuse right? Ok, now he's well enough to be discharged, but he will be sent to a Rehab facility for a few weeks before being allowed to return to his home. Upon arrival to the Rehab facility, they discover a thick leathery dried coat of dark brown eschar measuring 6 x 9 cm over his sacrum. This is a pressure ulcer, and it is full thickness. This massive wound was created IN THE HOSPITAL, but there will be no accountability, no penalty, and no hope for changing the culture of care at that hospital, because no one really cared enough to enforce the minimal standard of care expectation. And it won't do any good to tell on them for it, because now there is no one to tell.

I think this recent letter is a sad indication of how inundated CDPH really was, with too many reports of adverse pressure ulcer events, and not enough funding to support the necessary investigation of the event by a State reviewer. It is just sad, and likely to get a "whole lot" worse, before it gets better.

Read the letter at this link:
http://www.cdph.ca.gov/certlic/facilities/Documents/LNC-AFL-15-03.pdf
Posted by woundcarewisdom at 7:54 PM No comments: